This weekly music guide is brought to you in partnership with PPL PRS Ltd. Many thanks for their continued support of local artists and venues.

Stay in the know and be the first in line. Every week.

Soundhouse Summer Sessions – Every Saturday in the Summer
The Soundhouse

Summer sessions are BACK. Enjoy live music outdoors on the best outdoor stage downtown. From 1 p.m. to 6 p.m. every Saturday in the summer. Enjoy a mix of local acts with a few drinks in the sun. Free admission and all ages are welcome. 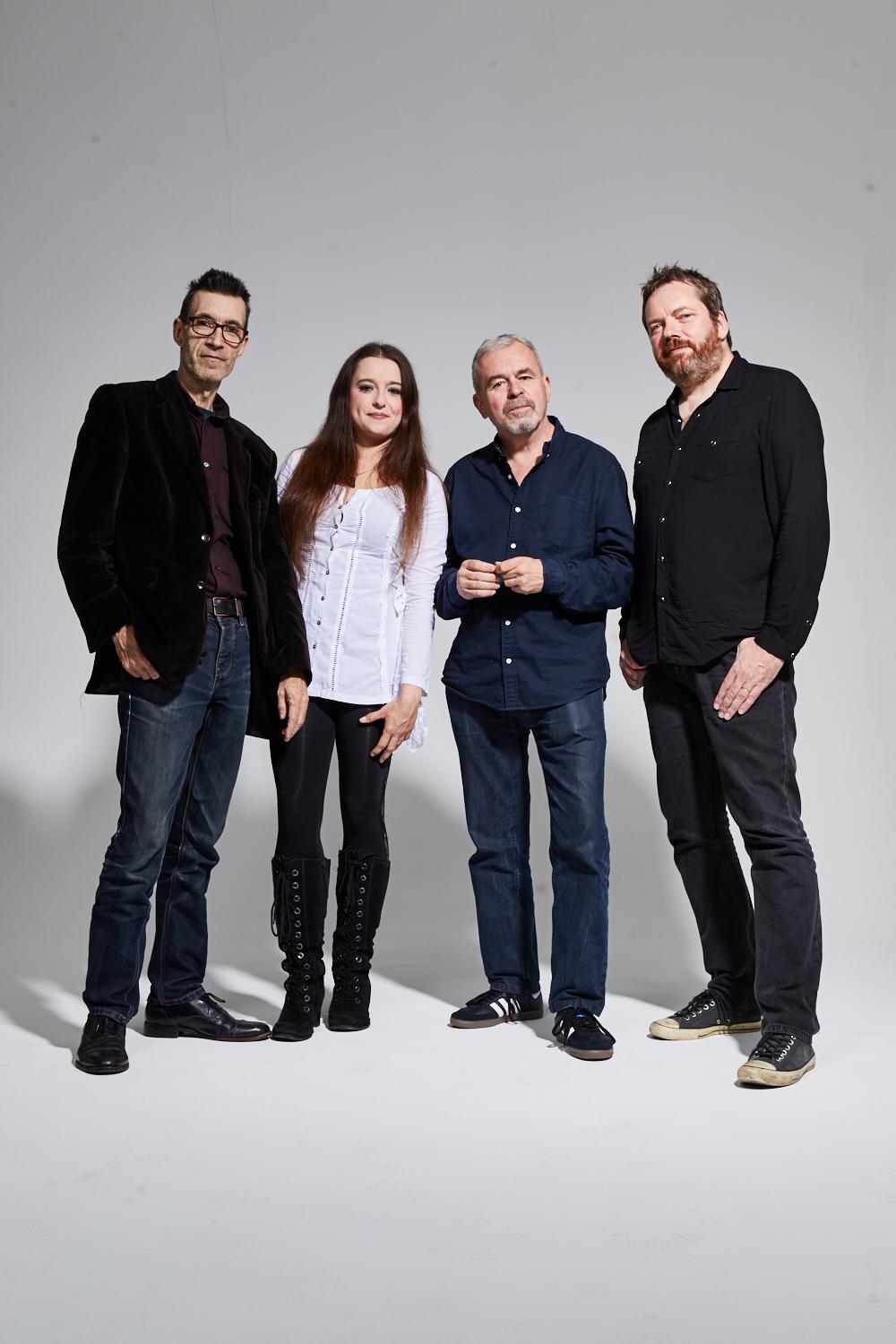 Dave Hemingway from The Beautiful South is back and sounding better than ever. Together with his former South colleague, guitarist/songwriter Phil Barton, new singer/violinist Laura Wilcockson and top British drummer Marc Parnell, Dave created Sunbirds. Although born and raised in England, the band’s sound is characterized primarily by traditional American roots music instrumentation combined with the occasional outburst of heavy guitar melody more associated with late 80s/early Seattle. from the 90s. 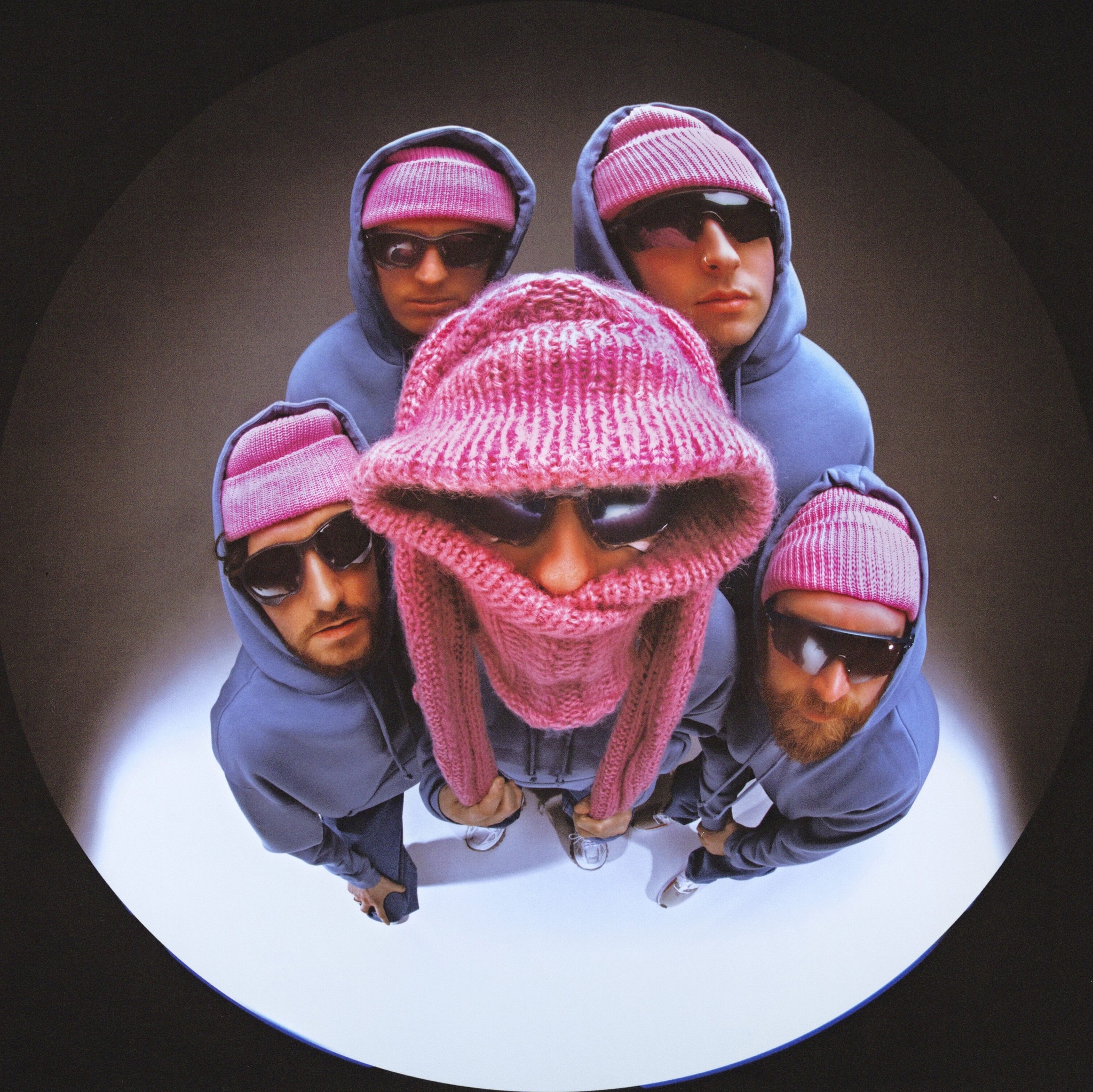 Due to popular demand, Rough Trade Nottingham are very pleased to present a second live performance and sign with Easy Life at the Y Theatre. This unique event celebrates the release of ‘Maybe In Another Life’ released on August 12 via Island. Tickets include the live show and access to the signing. TO BUY TICKETS. 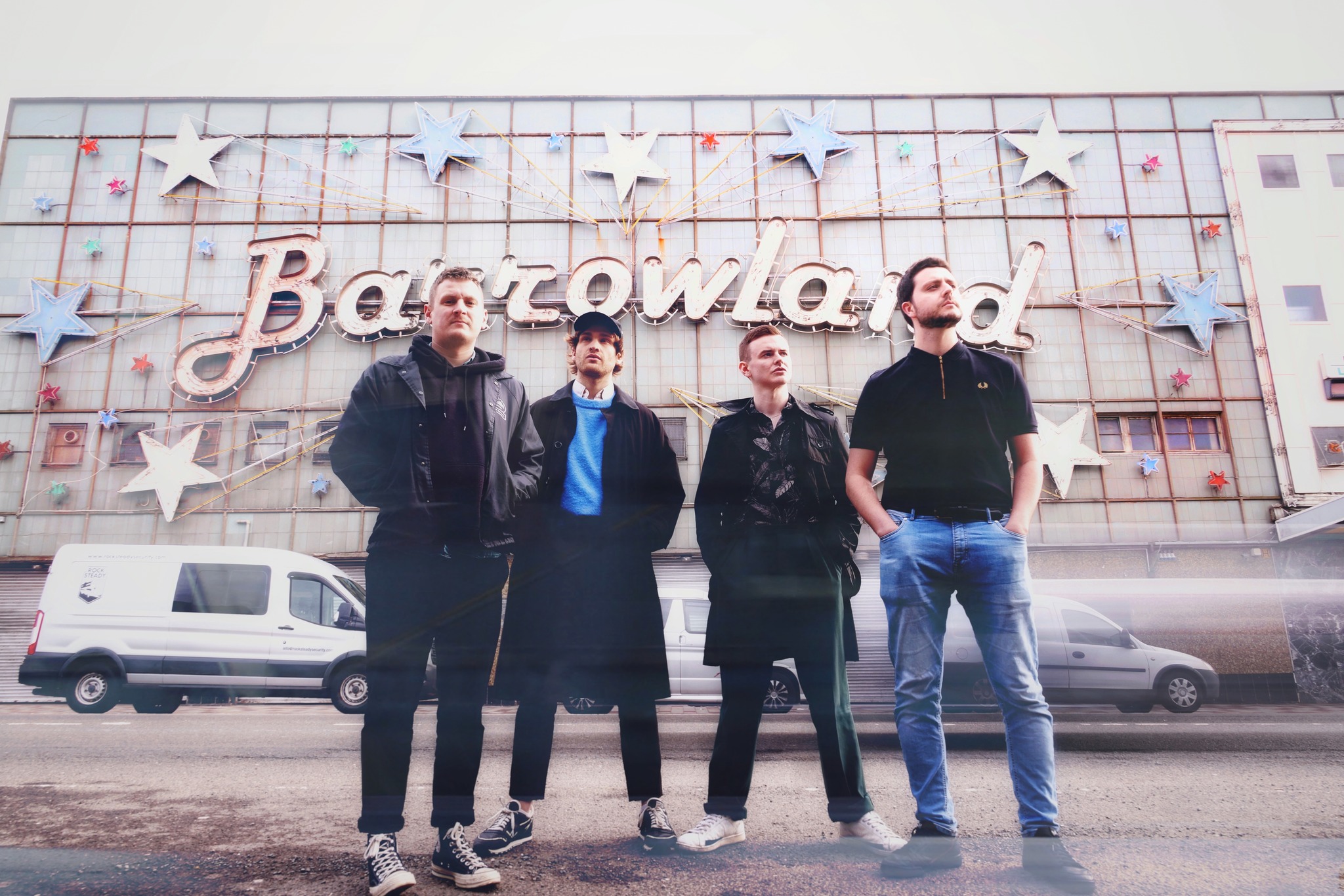 Music Venue Trust has partnered with The National Lottery to help #ReviveLive music in grassroots music venues across the UK this summer with a fantastic range of tours, one-off events and special performances. And it’s about bringing friends and communities together. Don’t miss this brilliant Glasgow-based indie rock band on their return to Leicester.

We first met Sorrell when they released their first tracks in 2020. Now, a few lockdowns and songwriting time later, they’re back with a new single, Warm. We chatted with them to find out more about what they did and what’s next for the band.

How would you describe Sorrell to someone who doesn’t know him?

Simply put, I think Sorrell is a band that likes to mix things up and keep our audience guessing. We like to make music off the beaten path, while keeping the melodies and the emotion in our tracks. One song might be catchy indie rock, and the next might be distorted guitars with huge walls of noise. So there really is something for everyone who loves guitar music!

What 3 acts would be on your For Fans Of list?

It’s constantly evolving, but I’d recommend our new single Warm to any fan of 90s dream-pop bands like Slowdive, which I’m a big fan of. Another influence would be American indie bands like Deerhunter. Plus, I think anyone who loves the experimentation and unpredictability of Radiohead will find something to enjoy with us.

What have you been up to since our last conversation in 2020?

We released our first singles in 2020…so there was not much we could do but wait. We took the time to write some of the new songs that are now in our set. Fortunately, we were able to start training in the summer of 2021. We started bringing these songs to life and in February we managed to get back into the studio. Since then, we have returned to normal, we have played concerts all over the city, and it was incredible! 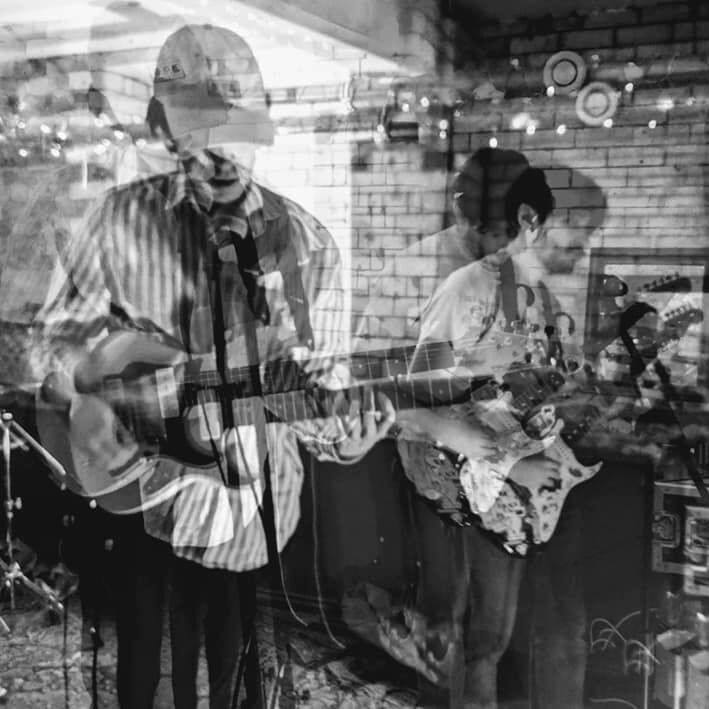 Tell us about your new single, Warm?

Warm is one of those songs written in confinement. I wanted to sum up the feeling of life passing you by. That feeling of really wanting a sense of adventure and discovery, even though it seemed so far away at the time. I think it shows in the lyrics. We drew inspiration from many dream-pop bands for the vibe of the track, with modded, dreamy guitar sounds taking center stage over distant vocals. It’s a fun song to play due to the powerful sound of the guitars, especially at the end of the track which ends with a dramatic finish. It became the perfect song to end our set.

There’s a lot planned for us right now, we have more singles and an EP coming out later this year. We also have a music video in the works and some great shows planned that we are really excited to share in the weeks to come.

Our next gig will be on Wednesday July 27th at Duffy’s, where we will be supporting London band Gold Baby.

What is your favorite thing about the Leicester music scene?

I would just say the variety and the creativity there, there are so many bands active right now who are contributing their own unique ideas and our audience has been very welcoming and supportive as well. We played alongside bands playing Soul/Jazz, Mathy Emo and Punk, as well as Synth-Pop and it was great to watch. 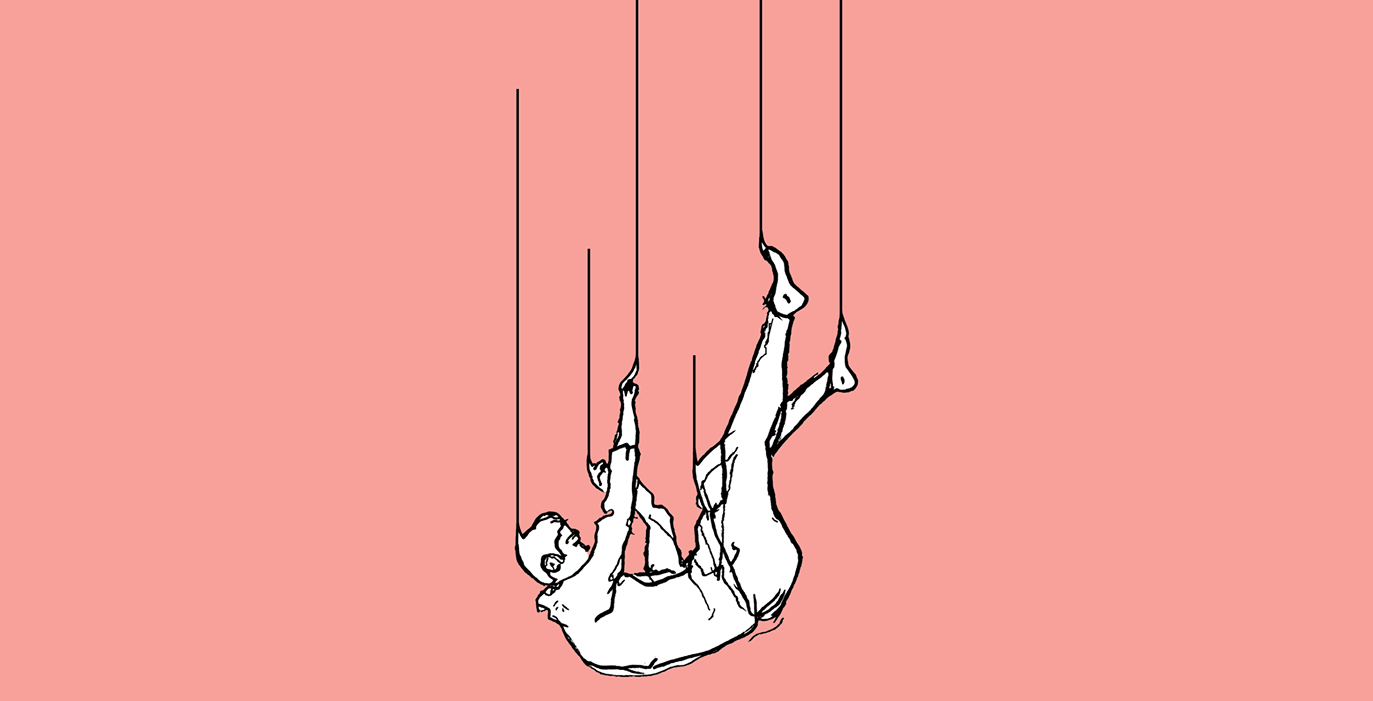 What’s the best live show you’ve been to since the venue restrictions were lifted?

Protomartyr at the Y Theater. I’ve been a huge fan of them for a few years now and it was great to see them in concert and see touring bands from the USA coming through Leicester. They have a great biting post-punk sound that is so exciting to experience. They don’t sound much like Sorrell, but their writing is really creative and inspiring to me.

If someone was listening to Sorrell for the first time, what song should they listen to first?

I think Lampshade is a good starting point, it’s a relaxing track and a good way to understand what our sound is about. But the 3 songs are very different, so I would listen to them all!

In this week’s playlist, we listen to a selection of acts from across Leicestershire.

Good listening and get in touch to tell us which tracks you like.